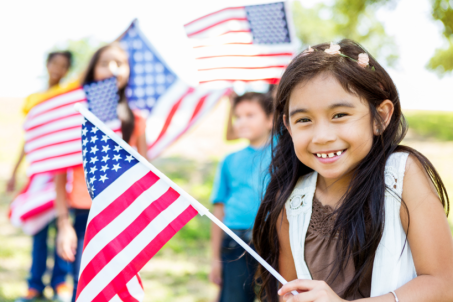 Latino’s, today, are facing the consequences of decades’ long policy decisions that have disproportionately affected people of color. Recently released data by Prosperity Now shows that 60.7% of Latino households are liquid asset poor, compared to 50% of Black households, and 28% of White household. This means that more than half of Latino households wouldn’t be able to cover basic expenses for three months if they were to suffer a sudden financial crisis or, in other words, most Latinos are one crisis away from financial ruin.

Furthermore, Latino’s are more likely to have less income than the national average with $39,005 compared to $53,889. If we look at the pay gap between men and women, the disparity is even more jarring. Latino men earn roughly 69 cents to every White non-Hispanic male’s dollar, and Latina women, who have an average income of $31,109, earn about 58 cents for every dollar. The median wealth (assets minus debts) for a Latino household in 2013 was a meager $2000 which is almost 60 times less wealth than White households with a median wealth of $116,000. According to the report, The Road to Zero Wealth, if nothing changes economically for the Latino community, it has been projected that Latino households will have a median wealth of zero by 2073. This report also defines the middle-class based on wealth rather than by income and shows that when defining the middle class by wealth we see that already less than 30% of Latinos have enough wealth to make it into the middle class or be considered asset strong.

The recession hit the Latino community particularly hard and lost 66% of their wealth compared to 16% for White families and 53% for Black families. Not only did Latino wealth take a major hit during the recession they, and African Americans, continued to lose wealth up until 2013. During the recession, one in every four Latinos dealt with a foreclosure and as these victims work to rebuild their wealth they continue to struggle to put the recession behind them. Those who suffered from a foreclosure are finding it difficult to get approved for home loans and, for those who are able to find a loan, are more likely to have costlier monthly mortgages due to the perceived risk by lenders and smaller down payments.

Since Latino’s are the largest ethnic minority group in the country with a fast-growing population, it is important to fully understand the economic state of the Latino community more holistically. Less income, low wealth, and costlier mortgages are only a few of the many issues plaguing the Latino community and if the country is truly to move beyond the great recession much more has to be done to strengthen Latino wealth. In short, as we celebrate Hispanic Heritage month and the progress Latino’s have made over the years, we must also take time to reflect on the progress that still needs to be made.

Dedrick Asante-Muhammad is the Chief of Race, Wealth and Community at the National Community Reinvestment Coalition (NCRC). Dedrick oversees NCRC’s Fair Lending and Consumer Protection, Fair Housing and Small Business programs. Dedrick is known for his racial economic inequality analysis particularly as it relates to the racial wealth divide. Dedrick comes to NCRC from Prosperity Now where he was first the Senior Director of the Racial Wealth Divide Initiative and then Senior Fellow of the Racial Wealth Divide Initiative. Previous to Prosperity Now, he served as Senior Director of the NAACP Economic Department and Executive Director of the NAACP’s Financial Freedom Center. Dedrick’s past civil rights experience also includes his time at Reverend Al Sharpton’s National Action Network, where he first worked as the National Crisis Coordinator and then as the National Field Director. Dedrick's professional work in economic equity began at United for a Fair Economy (UFE) where he was the coordinator of the Racial Wealth Divide Project. While at UFE, Dedrick co-founded the State of the Dream report and has been a regular co-author of this annual report. Pursuing his work in economic and racial equity, Dedrick went on to the Institute for Policy Studies (IPS) where he worked in the Inequality and Common Good Program, under the leadership of Chuck Collins. Dedrick recently co-authored the “Ten Solutions to Bridge the Racial Wealth Divide” and the article “We Have the Means to Fund Reparations. Where Is the Political Will?”. View all posts by Dedrick Asante-Muhammad

2 thoughts on “Latinos and the Racial Wealth Divide”